On November 20, 2013 at 10:40 am, Pinion Pine firefighters were dispatched to Interstate 40 near mile post 88 westbound for a reported vehicle rollover. E521 and C501 from fire station 52 (fs52) arrived to find a single vehicle with moderate to heavy damage on the shoulder and had appeared to have rolled. Firefighters began care on the sole occupant of the vehicle who had received a laceration to their head. The patient was removed from the vehicle, packaged and transported to an area hospital by ground with a fire district attendant. 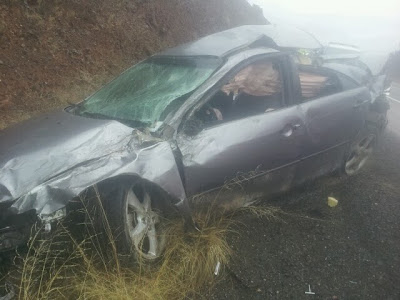 The cause of the accident is being investigated by the Arizona Department of Public Safety Highway Patrol but the driver stated she was traveling above the posted speed limit (75 mph) when she encountered a wet patch on the freeway and lost control of her vehicle. 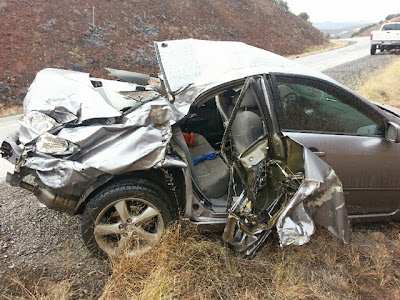