On March 9, 2014 at 8:01 am, firefighters received an alarm for a passenger car vs. semi on Interstate 40 at the 62 mile post westbound. E521 arrived on scene to find a Dodge Challenger in the median upright with moderate front end damage and extensive roof damage.  Both vehicle were traveling westbound when the passenger car struck the rear of the semi trailer. 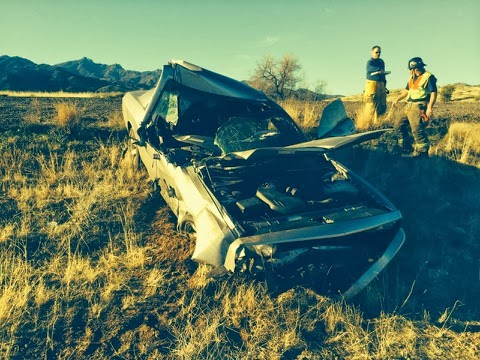 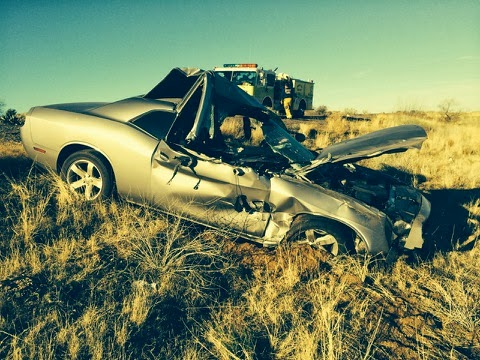 The passenger vehicle passed under the DOT safety bar on the trailer, shearing the A-post on the passenger side of the vehicle before entering the median where it came to rest.  Luckily there was no passenger in the vehicle and the driver of the vehicle was uninjured but visibly shaken from the collision.  The driver and passenger of the semi were uninjured as well.
The Arizona Department of Public Safety Highway Patrol Division is conducting the investigation.  There were no traffic restrictions and the scene was cleared within an hour.

Vehicle Rollover Sends 4 to the Hospital

On March 7, 2014 at 4:25 pm, Firefighters received an alarm for vehicle rollover on Highway 93 near the 97 mile marker which brought the response of B516, E521 and C501. Units arrived to find a single vehicle on its roof with moderate damage to the rear. Crews began patient care on 4 patients and prepared them for transport. One patient was airlifted to Las Vegas with a head injury, the other 3 were transported by ground to KRMC. 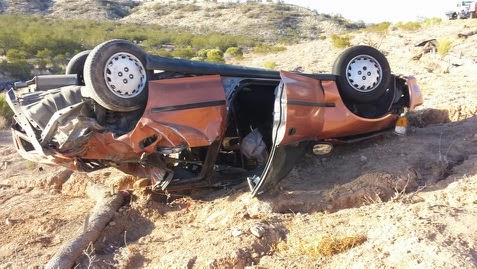 The accident did not cause any traffic restrictions and is being investigated by the Arizona Department of Public Safety Highway Patrol.