On July 12, 2014 at 7:30 AM, Pinion Pine firefighters received an alarm for a commercial vehicle fire at exit 59 on Interstate 40 which brought the response of Engine 511, Brush 526 and Chief 501. Additional information was received, stating the fire was going to be in an RV not a commercial vehicle. The first unit arrived on scene in 4 minutes, just south of Interstate 40 on DW Ranch Rd to find an RV with smoke and fire showing from the front door. 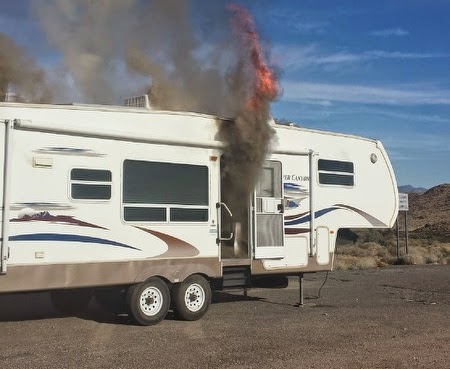 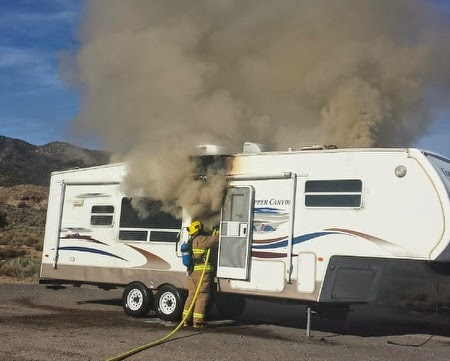 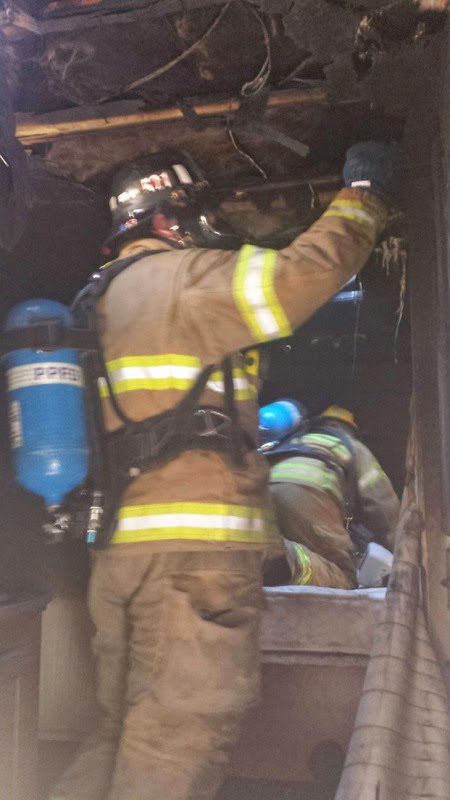 Firefighters from B526 pulled an 1-1/2 inch attack line and made entry into the RV, quickly knocking the fire down. Control was obtained in 10 minutes and firefighters from E511 performed overhaul. Unfortunately, much of the RV was destroyed by smoke and fire damage. The cause of the fire was undetermined after investigation and no injuries were reported.

On Friday, July 11, 2014 around 11:40 AM, Pinion Pine firefighters were dispatched to Lower Trout Creek Rd, north of Wikieup, Az for a reported motor vehicle accident. Crews arrived in the area and were notified that the accident occurred roughly 15 miles east of Highway 93 near Wagon Bow Ranch off of Trout Creek Rd with 2 patients with major injuries. Brush 526 crew activated one airship to the remote location. While responding, crews encountered the Big Sandy River which was unable to be passed by ground ambulance, at this time a second air ship was activated due to no ground transport. 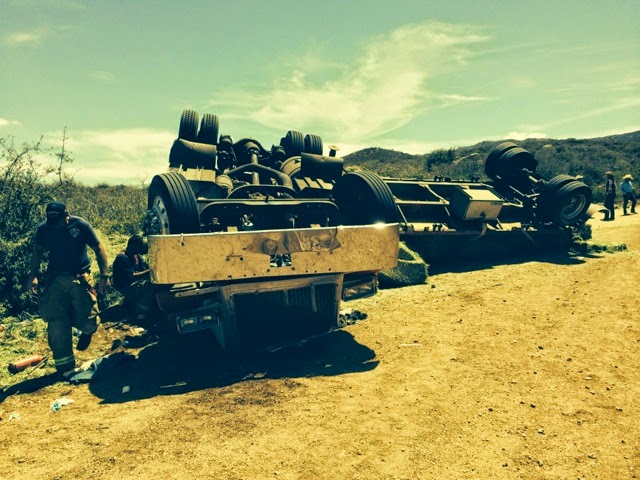 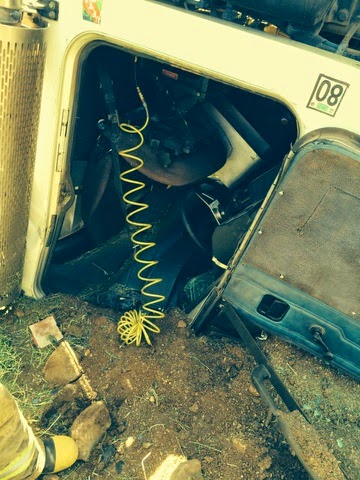 Firefighters arrived on scene and learned the patients had been ejected from a tractor trailer hauling hay, when they lost control and overturned. One patient sustained a major back injury and was transported to Las Vegas by air. The second patient, who was able to walk was transported by air to Las Vegas. Both patients were in serious but stable condition. The cause of the accident is being investigated by the Mohave County Sheriffs Office, though the driver stated a loss of brakes occurred causing the vehicle to gain speed downhill and ultimately crash.