On Friday, June 27, 2014 around 2:15 pm, a call was received into the Mohave County Wildland Working Group for a type 3 engine to respond to the San Juan Fire located southeast of Vernon, Az.  Pinion Pine filled the order, dispatching E513 to the incident that began yesterday around 11:45 in the morning. The San Juan Fire which is burning in mixed conifer and pine fuels quickly grew in size due to red flag conditions over the area.

The fire area saw 35 mile per hour winds and low relative humidity which quickly increased fire intensity and acreage. Quarter mile spot fires ahead of the fire and tree crowning were observed throughout the afternoon and prompting evacuations in the area. The latest information puts the fire at 5,000 acres and is under red flag conditions today as well. This area is no stranger to fires either, in 2002, the Rodeo-Chediski Fire burned 468,638 acres and in 2011, the Wallow Fire burned 538,000 acres, the largest fire in state history.

On Saturday, June 14, 2014 around 6:20 AM, Engine 513 from Fire Station 52 and Brush 516 from Fire Station 51 were dispatched by the State of Arizona for initial attack on a brushfire 4 miles west of Seligman, Az. Crews arrived on scene in the Bridge Canyon area and observed moderate fire behavior in grass and Pinion-Juniper. E513 was assigned to the northeast portion of the fire to determine what the best course of action would be in regards to allowing the fire to burn to the road, to burn off the road or to directly attack the fire.

E513 decided to cut line and directly attack the fire was the most suitable situation. E513 crew was then assisted by the Prescott IHC who had just arrived on scene and finished the line to a 2 track road to the west.

B516 was assigned to the southwest corner where they were tasked with protecting a structure. Roughly 2 hours later, crews began mopping up along the edges and E513 was repositioned to support a 1,000 ft hose lay along the west and north sides of the fire. Both crews worked side by side with other local, State and Federal resources and contained the fire to 17 acres.

Other resources on scene included:

Posted by Pinion Pine Fire District at 11:08 AM No comments:

On Wednesday, June 11, 2014 around 4:15 pm, the Kingman Alarm Center began receiving reports of a brushfire on Interstate 40, near the Beale Street exit. Kingman Fire dispatched one structure engine, one brush engine and a BC from Fire Station 1.


Batt. 2 arrived and had heavy smoke showing and reported multiple starts along westbound Interstate 40 between Beale St and Stockton Hill Rd. The assignment was quickly upgraded, which brought the response of an additional two structure engines, one brush engine and two chief officers from Fire Stations 3 and 4. As the fire progressed to the west and northwest, homes along Anson Smith Rd became threatened and mutual aid engines were dispatched from Northern Arizona Consolidated Fire District #1, Pinion Pine Fire District and the Bureau Of Land Management. 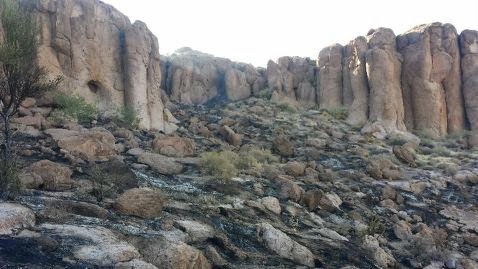 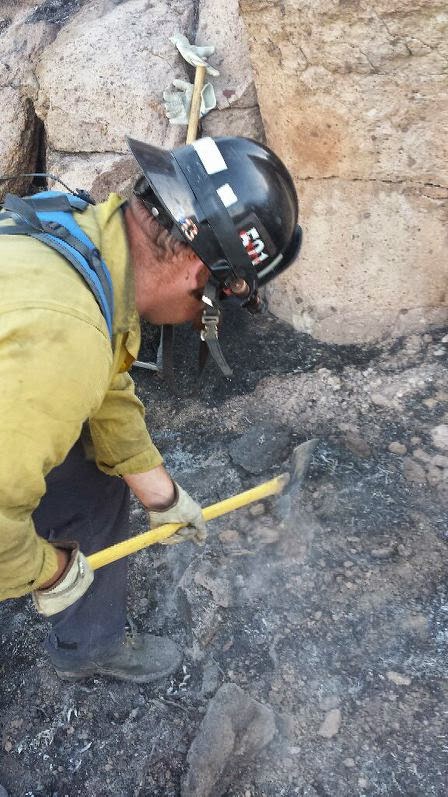 Firefighters began structure protection along Anson Smith Rd and crews deployed hose lines and cut line along Interstate 40 and White Cliffs Rd. At 5:23 pm, firefighters had contained the fire and began mopping up. The fire was walked by GPS and determined to be 20 acres. No structures were damaged by the fire and is being investigated by Kingman Fire Department.