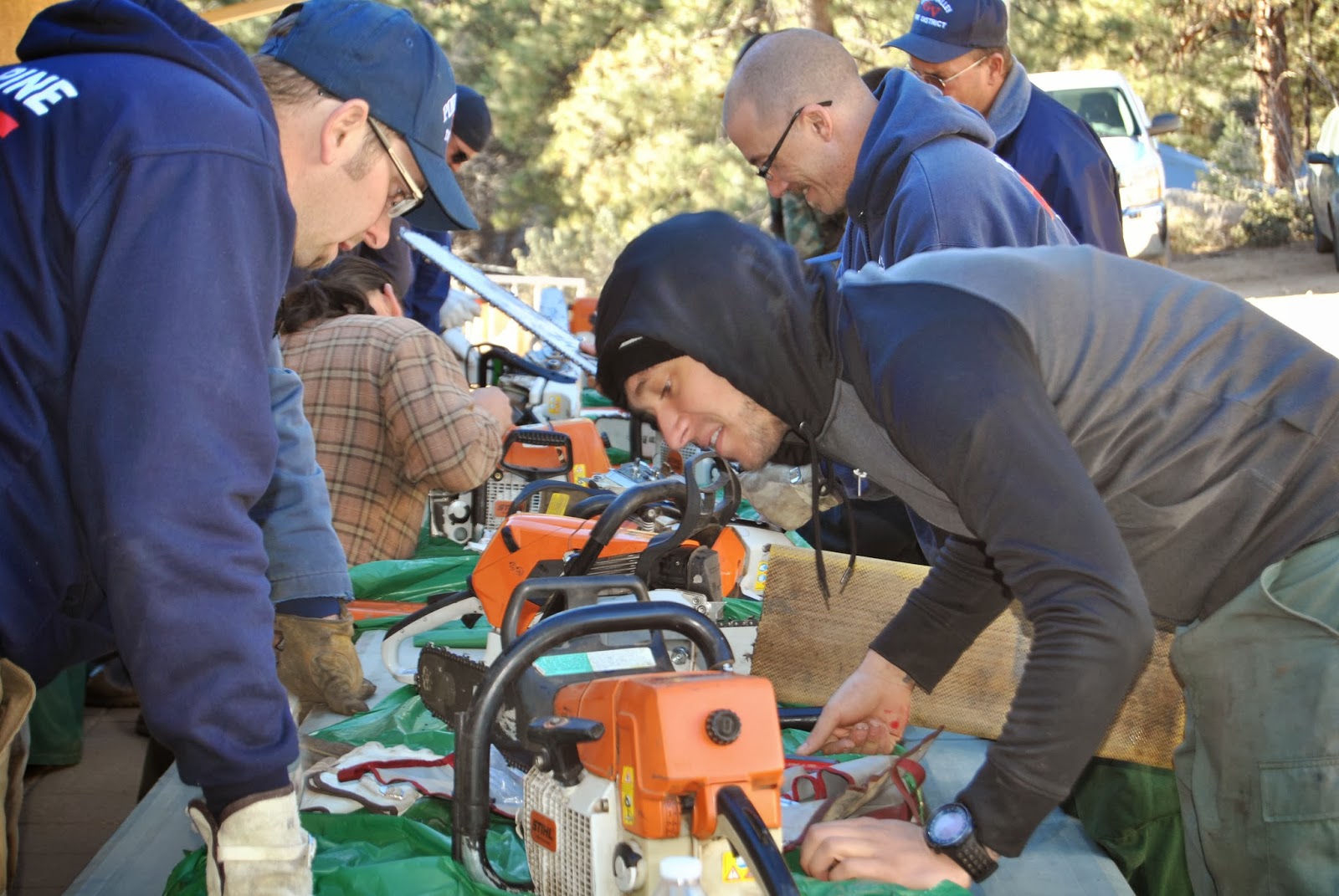 One the final day of class, students participated in a field day exercise in the Hualapai Mountain Park  where a thinning project has been started to help complete the fuel break around the Pine Lake community. Students were graded on proper cutting techniques and safe felling operations as well as a stump analysis of trees that were cut. 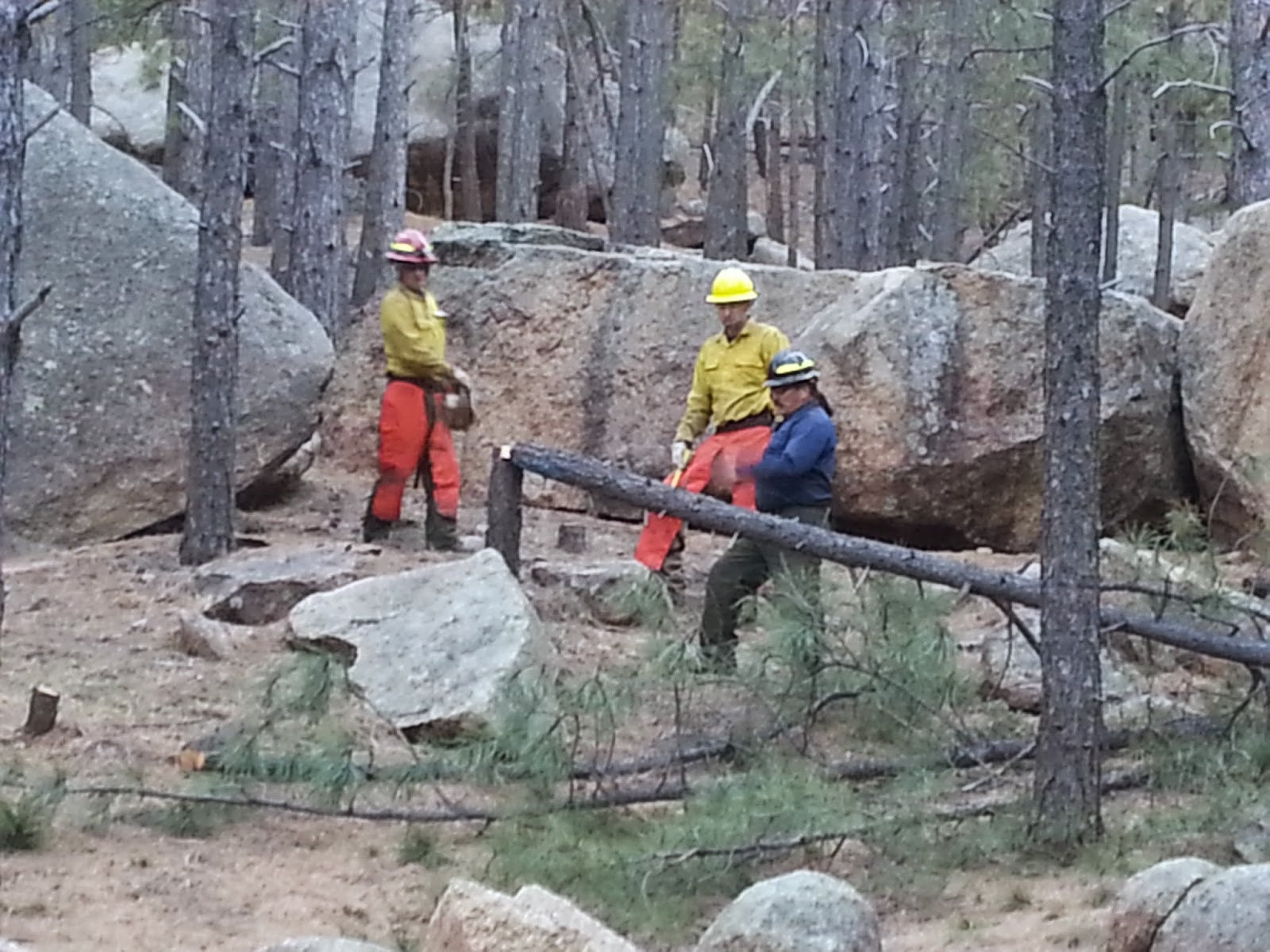 This project as well as the class took a jump to the front row after this past summers Dean Peak Fire that started on June 29, 2013 by a lightning strike and burnt nearly 5,500 acres, threatening both the Pine Lake and Pinion Pine communities. The class provides more local first responders with chainsaw knowledge and certifications at the National level to help protect the communities in which they serve as well as other communities when dispatched to nationwide natural disasters such as wildfires, hurricanes and tornadoes. 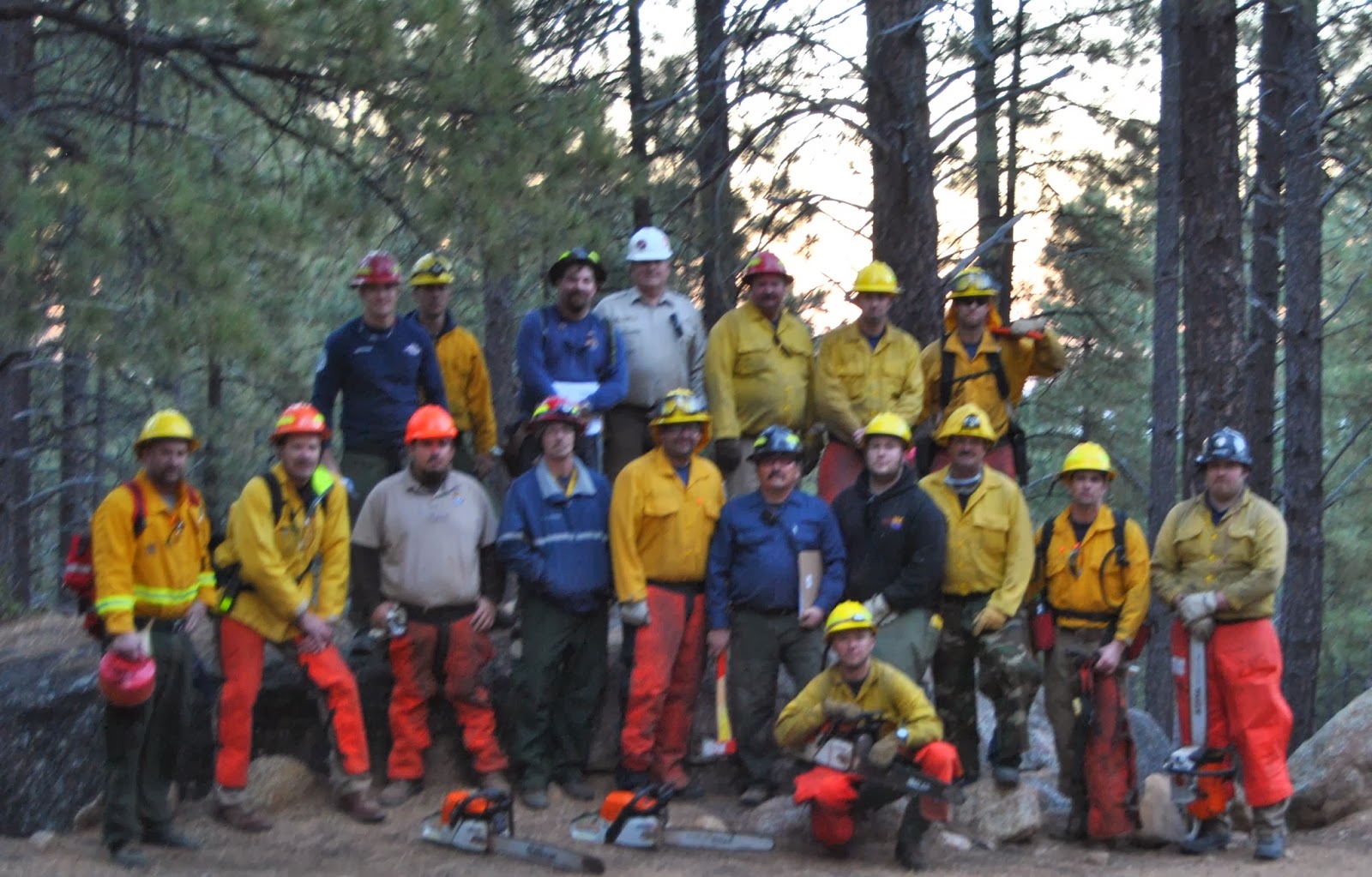