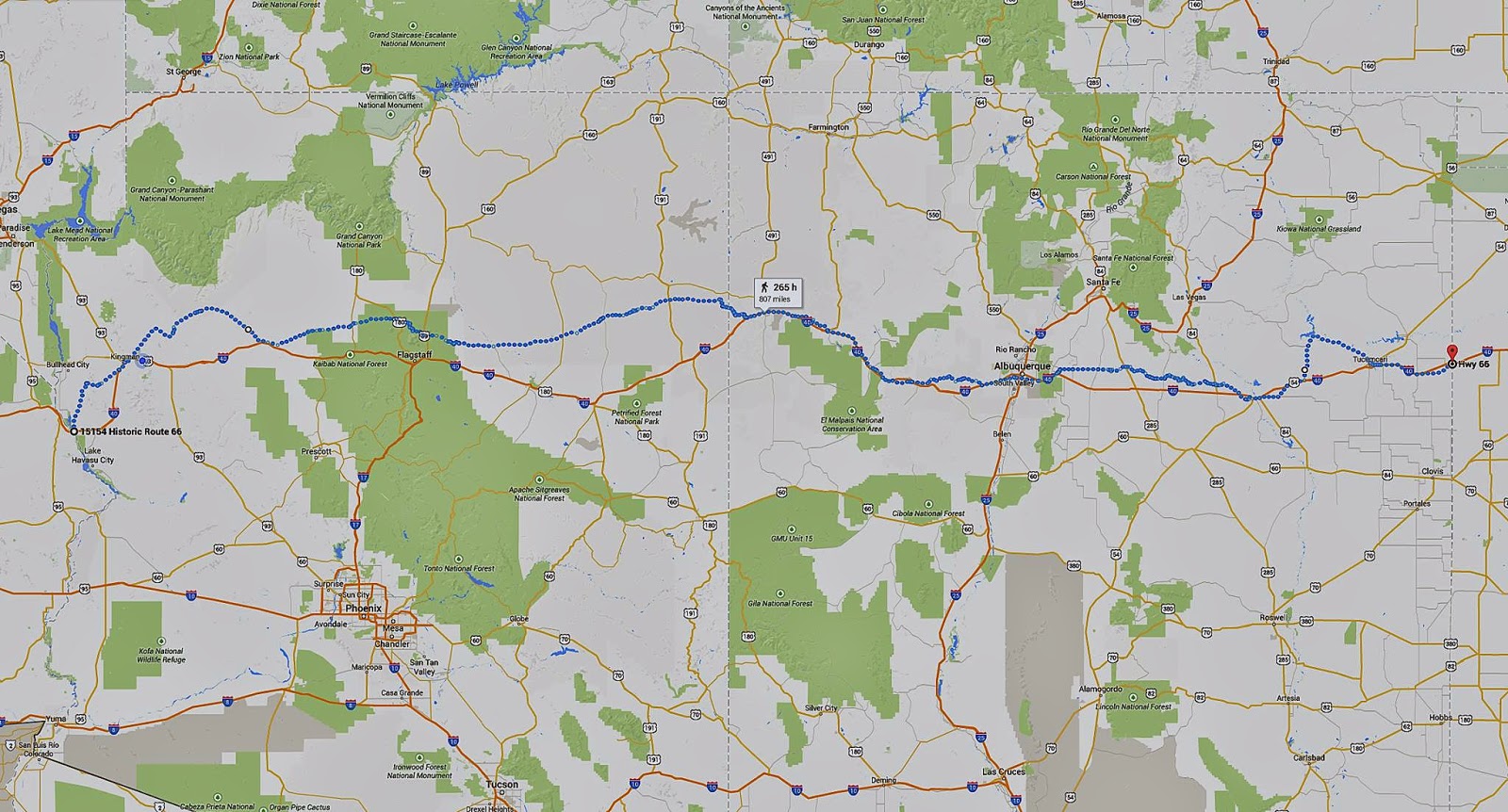 In early December, Anthony lost a close loved one to pancreatic cancer and since has been preparing for a remarkable journey. Anthony has decided to walk Historic Route 66 from the California-Arizona border to the Texas-New Mexico border. His trip is roughly 800 miles and will be done solely on foot. His trip will take approximately 3 months to complete with a goal of averaging 25 miles per day. Anthony is an extremely athletic individual who regularly participates in ultra marathons and trail running events. 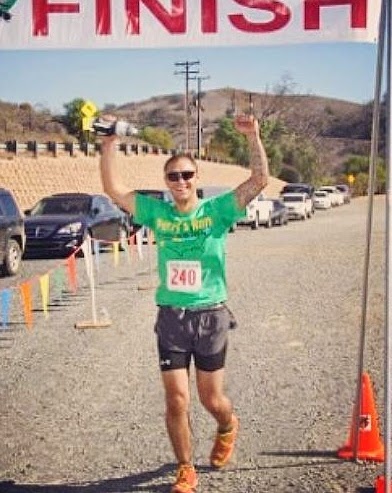 During his trip, Anthony will be promoting Pancan.org, an organization dedicated to the research for pancreatic cancer. He has set up a few sites for donations, listed below. 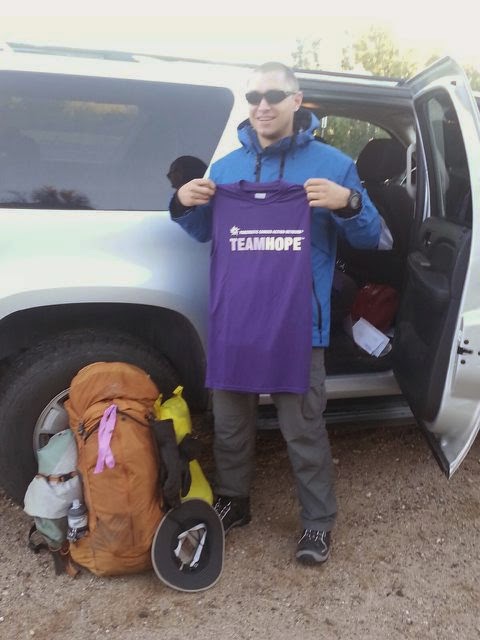 Anthony's progress will be tracked by family and the Fire District via GPS and we will be giving regular updates on his progress as they come in. You can also track his journey via his Facebook page listed above. We wish Anthony a safe and enjoyable experience!

Email ThisBlogThis!Share to TwitterShare to FacebookShare to Pinterest
Labels: Route 66

On New Years Eve morning, just as our wild winter storm began to dump inches of snow in our area, the calls began flooding into the Kingman 911Center. Ours began at 4:30 am, and continued throughout the day into the evening and into the following morning. When it was all said and done, Pinion Pine firefighters responded to 13 Motor vehicle accidents ranging from minor injuries to ejections as other area fire departments responded to dozens of accidents on Interstate 40, Highway 93, Highway 68 and within the city limits. 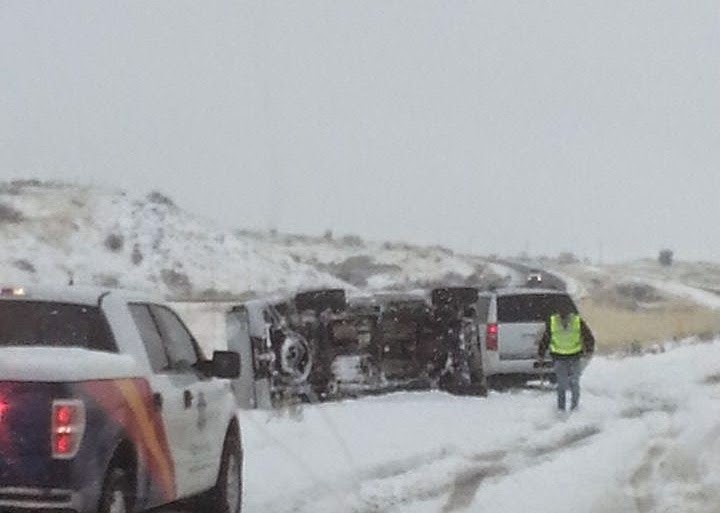 On January 1, 2015 at 2:55 in the morning, crews were dispatched to Highway 93 near mile marker 114 (Wikieup, Az) for a semi accident off the road. Crews arrived on scene to find a semi on the shoulder with the driver still inside the vehicle. The patient was removed from the vehicle and transported to an area hospital by ground. 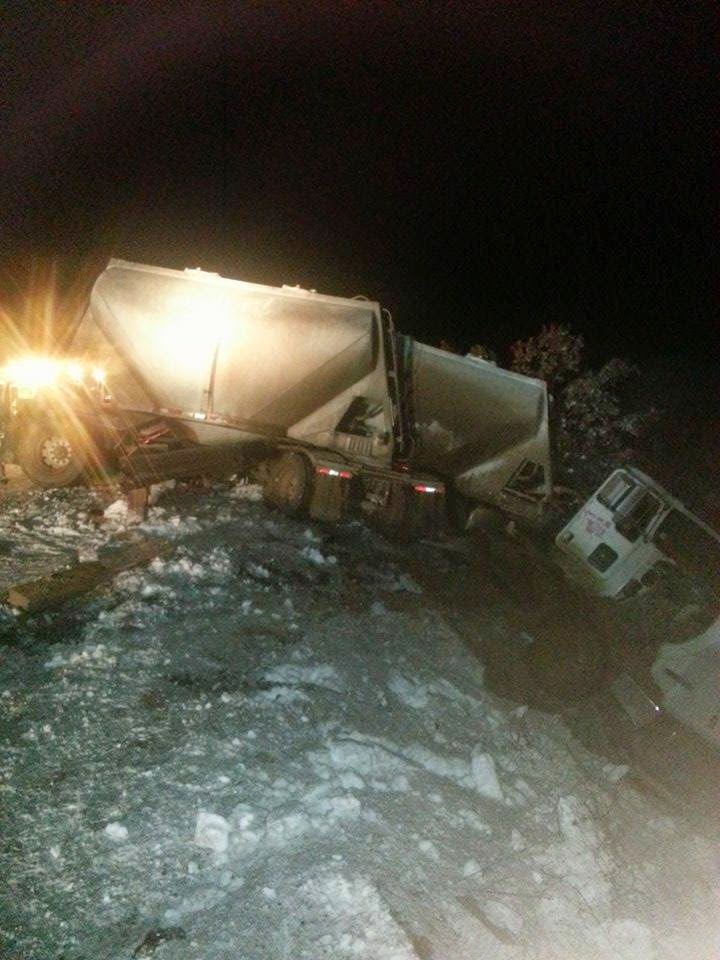 Crews would get little relief, shortly after returning to quarters, E513 was dispatched to Highway 93 near mile marker 106 for a vehicle rollover. Crews treated one patient for minor injuries and was transported by ground to an area hospital. At this time, multiple calls began coming into 911. Next stop, mile marker 126 on Highway 93 for a vehicle that rolled multiple times down an embankment, roughly 100 ft with one ejected occupant. Crews arrived and treated 2 patients, one flown to Phoenix by Careflight and one by ground. 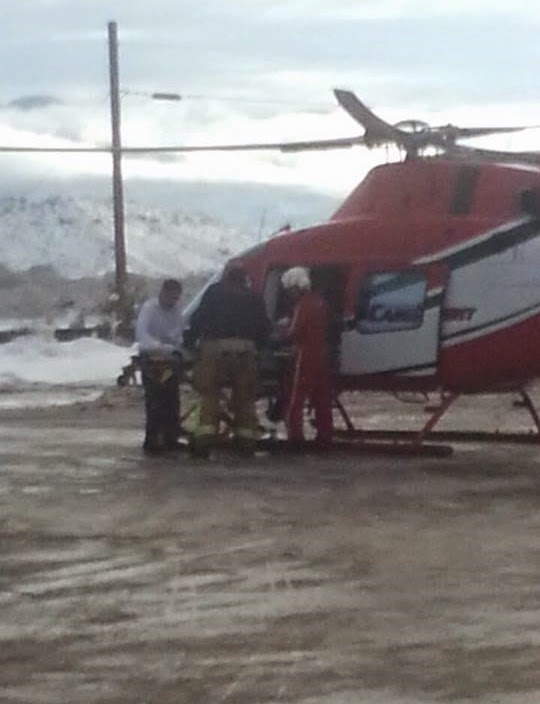 Firefighters responded to two more vehicle accidents and encountered multiple slide offs while returning to quarters. This winter storm is one for the history books. Some parts of Mohave County saw snow that hasn't seen snow in almost 30 years or more. Many routes in our area were severely impacted, causing the closure of Interstate 40 at the Highway 93 south junction, Hualapai Mtn Rd and DW Ranch Rd. 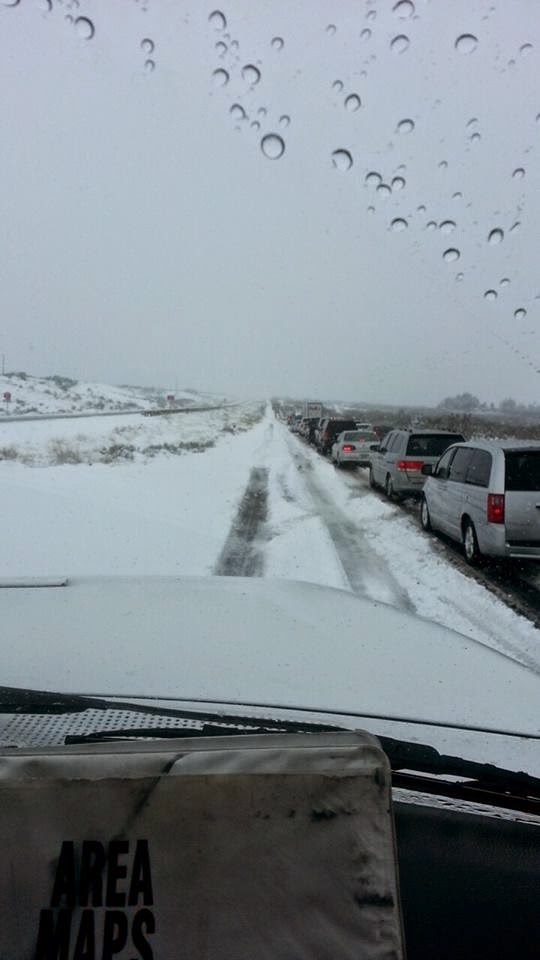