On November 27, 2014 at 7:50 am, E513 and C501 were dispatched to Interstate 40 near the 63 mile marker eastbound for a reported passenger car vs tractor trailer. Crews arrived on scene to find a passenger car that rear ended a tractor trailer that parked on the shoulder. Firefighters evaluated the patient and began patient care. The patient was removed from the vehicle, packaged and transported to an area hospital by ground with a laceration to the head. The driver stated the rising sun made it difficult to see the roadway where he began to drift and struck the parked vehicle on the shoulder. Luckily, there was no occupant in the passenger seat. No other injuries were reported. 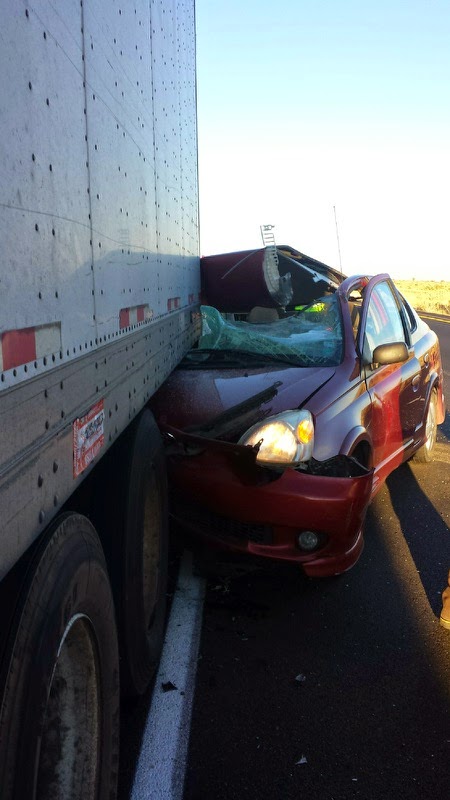 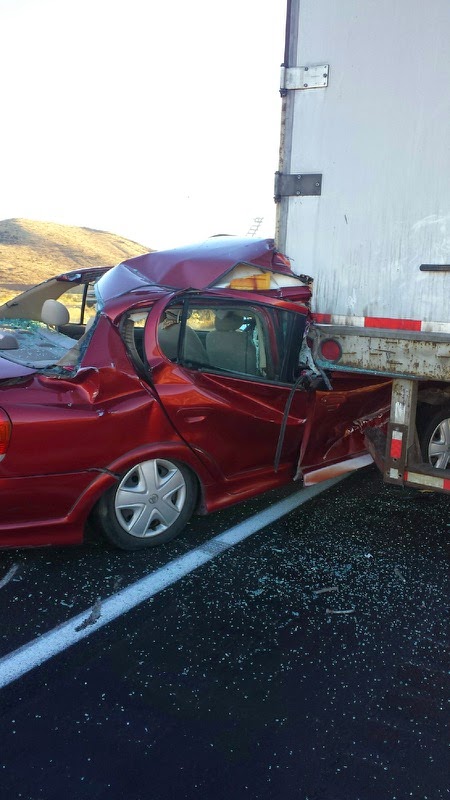 On the November 26, 2014 around 4:30 pm, the Kingman alarm center received reports of a structure fire near the 2500 block of Rock Chuck Dr. This brought the response of an engine, a water tender and a Chief officer. While responding updates were received that multiple structures were on fire. Resources arrived on scene to find a mobile home type structure about 50% involved.
Crews pulled a CAFS attack line and made entry into the residence where a primary search was conducted on the unburned portion of the house and began fire suppression. Firefighters were able to stop the forward progress of the fire and overhaul began.

Much of the structure received smoke and fire damage but many items were able to be salvaged from bedrooms. The cause of the fire is under investigation and is believed to have started in a detached garage near the rear of the structure which spread into the home. Crews on were on scene for roughly 4 hours and no injuries were reported.