On July 25, 2013, Pinion Pine firefighters in cooperation with Kim Huffer, Brooke Huffer, Rorie Nelson and the Loves Corporation began a benefit boot drive for the Raymond family to assist with funeral expenses. On Sunday, July 21, 2013 the Raymond family was devastated with the loss of 17 year old son Cody Raymond. Cody was struck from behind by an impaired driver causing him to roll in the median and later succumbed to the injuries he received. The next day, arrangements were made and approved by the Loves Corporation to hold a 3 day benefit boot drive to accept donations for the Raymond family. As we all know, every penny helps but that wasn't enough for us, we wanted a goal, and that goal was $2,000.

On July 27, the boot drive ended and the stacks were added up, the outpouring of generous donations was amazing, some donating the last of their change in their pockets to a donation of $150. These were people within our community, visitors to our community from other states and even visitors to our community from outside of the United States. Although every donation was thanked, we would like to say Thank You one more time to everyone that donated and a big Thank You to the Loves Corporation for allowing us to use their facilities and employees in helping us raise $3,068 for the Raymond family, far exceeding our goal of $2,000.

On July 27, 2013 at 1:07 pm Pinion Pine firefighters received an alarm for a motor vehicle rollover with entrapment on Highway 93, near mile marker 105. This brought the response of 1 engine and 1 Chief Officer. Units arrived on scene to find a passenger car that had rolled in the median, resting on its roof with moderate damage. Crews learned that the driver and only occupant was self extricated from the vehicle. Crews provided care and packaged the patient for transport. The patient was transported by ground to an area hospital with non life threatening injuries.

﻿
The cause of the accident is unknown and being investigated by the Department of Public Safety Highway Patrol. Fire and EMS personnel were on scene for approximately half an hour with lane restrictions on the northbound high speed lane.

On Sunday night, July 21, 2013, 17 year old Cody Raymond was killed on Highway 66 near Thompson Rd when the vehicle he was driving was struck in the rear at a high rate of speed by an intoxicated driver causing Cody's vehicle to roll in the median. Cody was to graduate high school in the spring of 2014 and participated in college courses, studying to be a welder. 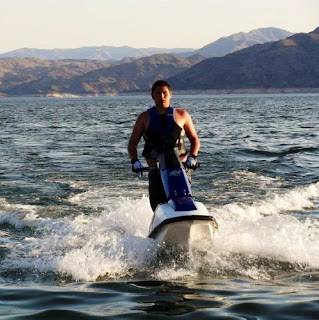 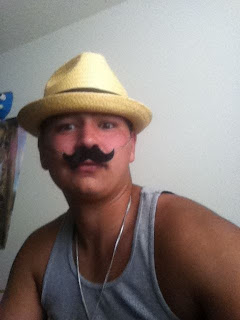 Pinion Pine Firefighters will be holding a boot drive at the Loves Truck Stop (exit 59 on Interstate 40) tomorrow July 25, 2013 from 9 am to 3 pm to raise money for the Raymond family to help in funeral arrangements. All donations are appreciated.

On July 21, 2013 at 8:13 am. Pinion Pine firefighters received an alarm for a motor vehicle rollover on Interstate 40 near the 81 mile marker westbound which brought the response of 1 Engine and 1 Chief Officer. Engine 526 and Batt. 5 arrived on scene to a single vehicle that rolled on the shoulder resting upright and sustained moderate damage with the sole occupant self extricated. Crews assessed the patient and took immobilization precautions. AMR arrived on scene, the patient was packaged and transported to an area hospital with non life threatening injuries. The cause of the accident is unknown and being investigated by the Department of Public Safety Highway Patrol. The accident caused no lane restrictions or traffic flow issues. 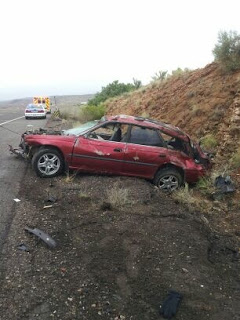 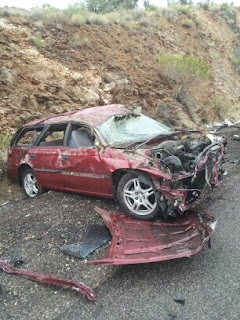 On the morning of July 7, 2013 at 7:54 am, Pinion Pine firefighters were dispatched to Highway 93 south near mile marker 124 for a reported motorcycle vs. semi which brought the response of one Chief Officer and one Engine. While in route, updated information was received that bystander CPR was in progress. Units arrived on scene to find a semi over turned on the side of the road and pickup truck with heavy damage to the rear of the vehicle with a motorcycle next to it. The patient at this time was deceased. Crews checked all other individuals involved with the accident, one being transported to an area hospital with non life threatening injuries. Upon further investigation, the motorcycle rider was not directly involved in the accident and the driver of the pickup which was rear ended by the semi was ejected from the vehicle. The cause of the accident is unknown and being investigated by the Department of Public Safety Highway Patrol. Crews were on scene for approximately half an hour and the roadway was restricted to the median for roughly 2 hours. 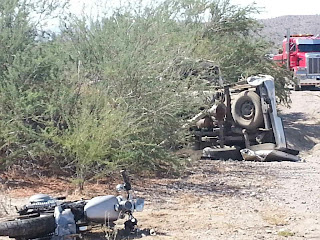 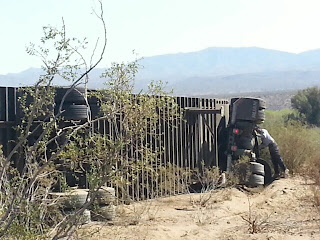 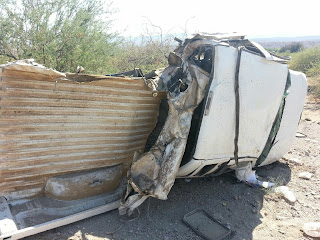 On July 6, 2013 at 11:52 am, Pinion Pine firefighters were dispatched to Interstate 40 at the 61 mile marker westbound for a reported motor vehicle rollover which brought the response of a Chief Officer, 2 Engines and a Rescue totaling 8 personnel. Units arrived on scene to find a vehicle on its roof in the slow lane with heavy damage. Upon investigation, both occupants inside the vehicle were deceased and needed to be extricated from the vehicle. Firefighters deployed extrication tools from Rescue 525 and began operations. The extrication took approximately 1 hour to complete and traffic was  reduced to the high speed shoulder for roughly 2 hours. The cause of the accident is unknown and is being investigated by the Department of Public Safety Highway Patrol. 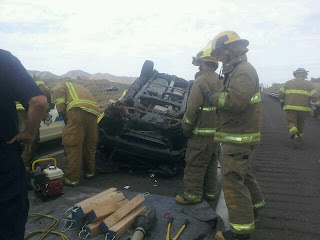 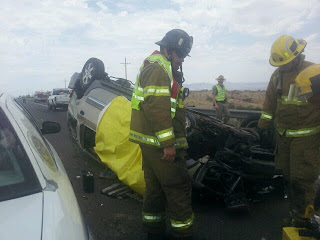